Know the Signs of Lyme Disease 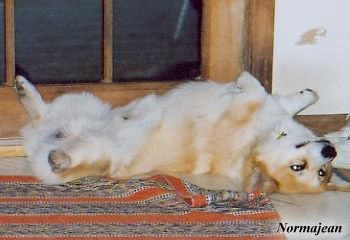 Lyme disease has been diagnosed in humans, dogs, cats, horses, goats, and cattle. Other species may also be at risk. As we approach the warm weather, it is time to think of it again. Lyme Disease has been reported in 48 states, Europe and Asia. The ticks that spread the disease, primarily the deer ticks, are moving into areas once considered safe. Lyme disease carrying ticks were recently found in parks in New York City.

It has been established that up to 40% of deer ticks may contain the bacterium that causes Lyme disease. When your dog comes inside, brush his coat and look carefully for ticks especially on the neck, in the ears, between the toes and in the ?armpits?. If you find an attached tick, remove it carefully with a fine pointed tweezers. If the head breaks off and remains embedded in the pet, spread an antibiotic ointment over the area. If the tick is not attached, or it is not engorged, it cannot transmit disease.

Ticks don?t attach themselves right away. So you may find them crawling around looking for a place to feed. It is much easier to remove before, or soon after they attach, than after they have been feeding for awhile. If ticks are found and removed promptly after they take up residence, the onset of the disease can be prevented. A tick taking a blood meal may remain on the host for as long as a week. It does not transmit infection till it has been attached 24-72 hours. An adult deer tick ?swells up bigger than a pea? when it takes a blood meal. If it is engorged, place it in a tightly sealed vial in alcohol. An engorged deer tick is glossy black while the harmless pet tick remains brown and leathery. If in doubt as to what type tick it is, take it to your vet. The pet?s body can take up to two weeks to produce the antibody response to the bacterium. Testing will be negative in these first two weeks even though the pet may be infected.

If your pet suddenly becomes lethargic, doesn?t eat, or doesn?t get up in the morning, take him to the veterinarian immediately. If a pet is infected, he can be treated with antibiotics. Once treated, pets tend to recover well from Lyme disease, generally in 2 days, but are treated for two to eight weeks to ensure a cure. The infected pet is often reluctant to move, and when they do, they limp badly, or walk with their backs arched in an attempt to carry their weight on their ?good? legs. Symptoms can subside and then return weeks or months later. Lyme disease can cause chronic arthritis, or even permanent damage, to the joints. There is also a small risk of heart and neurological disorders and in rare cases, a fatal form of kidney disease.

Signs of Lyme Disease may include some or all of the following:

Deer ticks usually lurk close to the ground, under leaf debris or on plant stems, leaf tips and long blades of grass along the edges of woodlands or in salt marshes. They prefer moist, wooded areas, overgrown field, dense underbrush and shrubs, but can be found anywhere. It is thought that many pets have a natural immunity, because the number of pets that develop the disease is small compared to the number that are bitten by ticks. However, if you live in an endemic area and your pet is regularly exposed to ticks, the best defense against Lyme disease is to use a tick collar containing Amitraz, or a topical product that repels ticks, thereby preventing exposure to the bacteria rather than chancing the disease. There is a vaccine on the market for dogs, but many feel the side effects are more serious than Lyme disease itself.